Rozas Erbo is an artist from Concepción, Chile. In her project “Relatos Mestizos” (2019), she worked with female pottery makers from the towns of Quinchamalí and Chillán, a region where the production of black representational figures remains active since the colonial period. There, she explored the techniques, styles and heritage constructions behind the most iconic pottery designs, using her findings as inspiration for her own artworks. 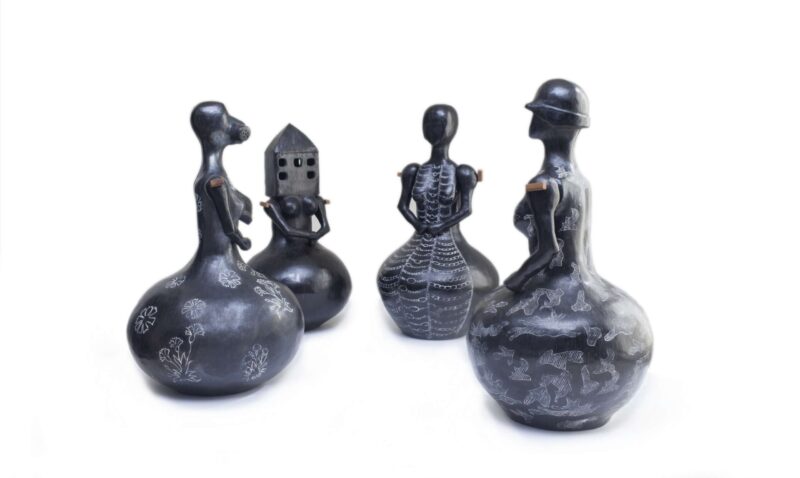 Las Tres Gracias is a reaction to Paul Ruben’s baroque painting The Three Graces. This series of four sculptures is inspired by La Guitarrera, a Quinchamali figure that has become an icon of those who fled Pinochet’s dictatorship, as well as a symbol of women’s resilience and struggle for justice amidst social inequality.

Las Tres Gracias questions the idealisation of women in the European baroque, when females were presented as charming, beautiful, and loving. Instead, Rozas’ graces are carrying items that represent women’s contemporary struggles in Chile and throughout Latin America: uncontrolled development, consumerism, subordination, and the lack of political voice. The woman-military is wearing a helmet to represent past and present dictatorship, the woman-consumer is wearing a dress made of chains to represent the trap of neoliberalism, the woman-house has her head replaced by a building to illustrate imposed domesticity, and the woman-activist is wearing a gas-mask to represent the violence shown by the military during protest. 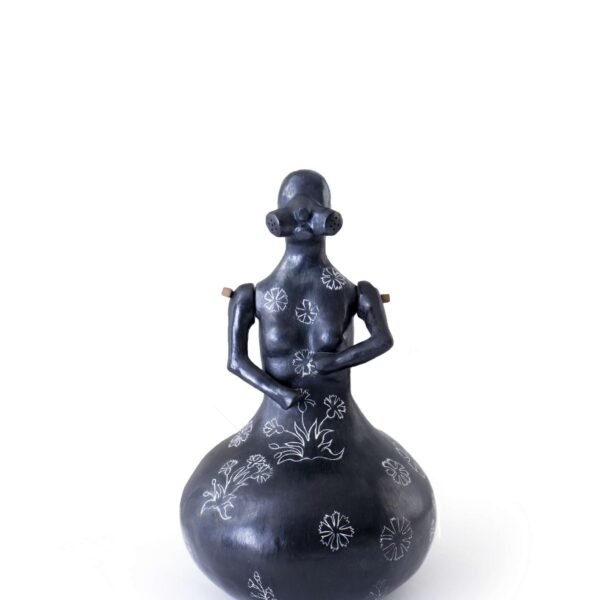 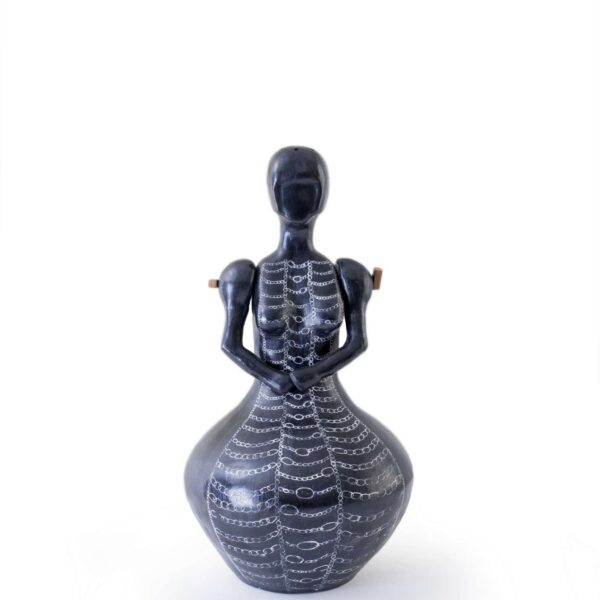 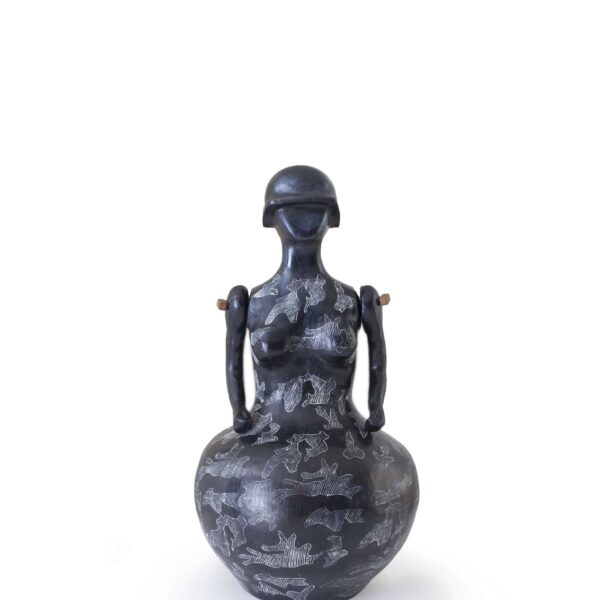 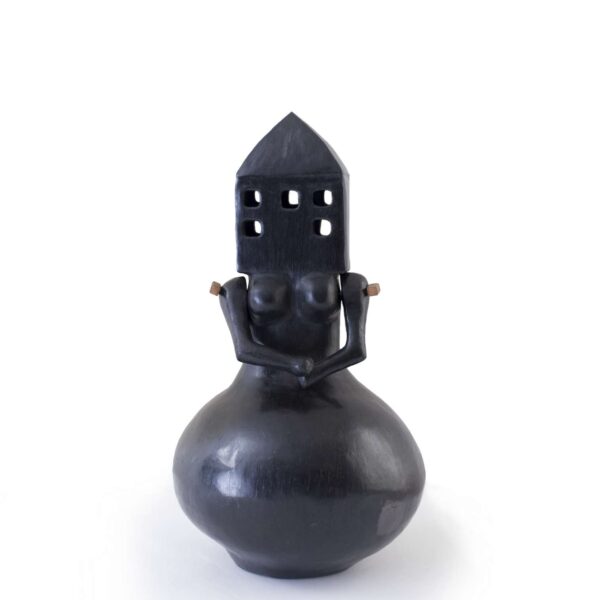