BY LAURA OSORIO SUNNUCKS, | POSTED IN All Projects
Share

Shelved among the collections in storage at the British Museum are around six hundred items from the Chaco in Paraguay, South America. This region, although undergoing rapid deforestation, is not very well known internationally. It ranges from semi-arid to semi-humid and also extends into parts of Argentina and Bolivia.

The items at the British Museum were collected by an Anglican missionary, Wilfrid Barbrooke Grubb, at the turn of the 20th century. Previously, between 1845 and 1848, Anglican missionaries led by Captain Allen Gardiner, founder of the Patagonian Mission Society (PMS, which would later become the South American Missionary Society, SAMS), tried and failed to settle the Bolivian Chaco and convert its Indigenous Peoples to Christianity, and so shifted their efforts to Patagonia. 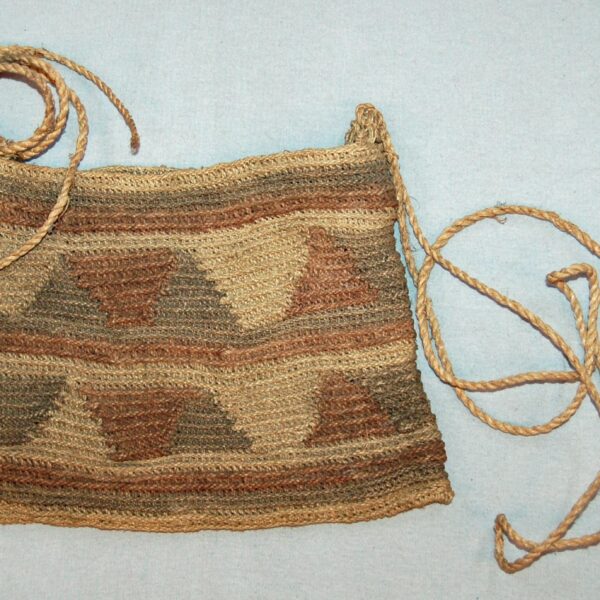 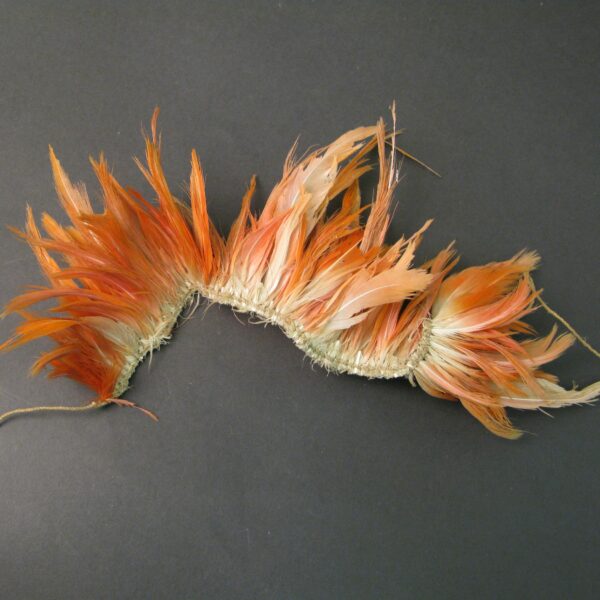 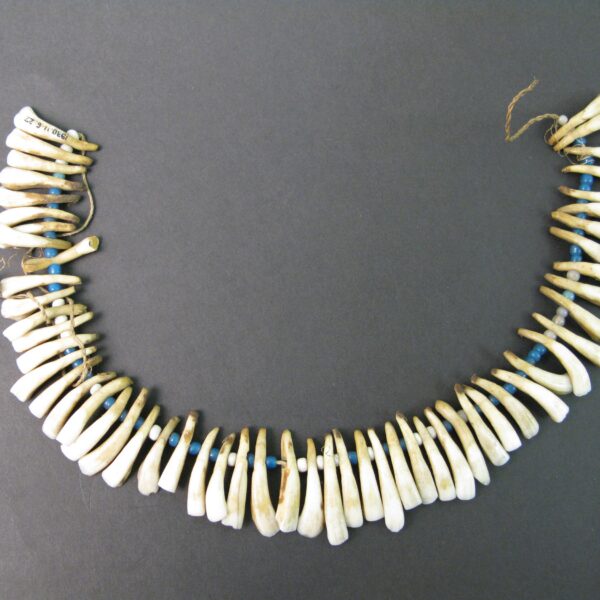 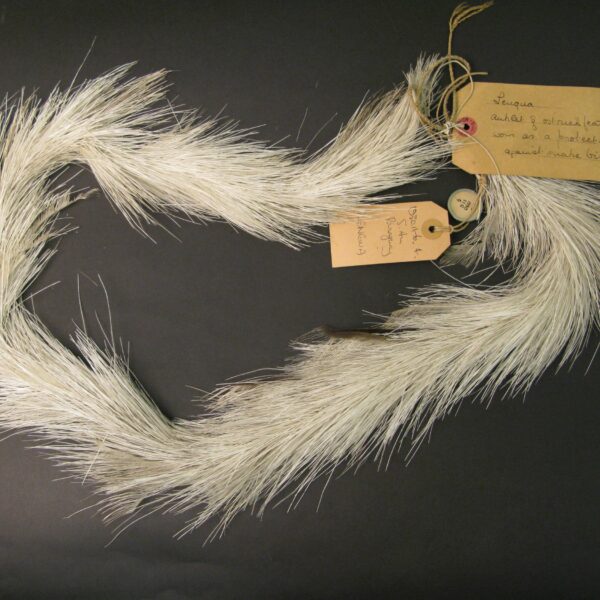 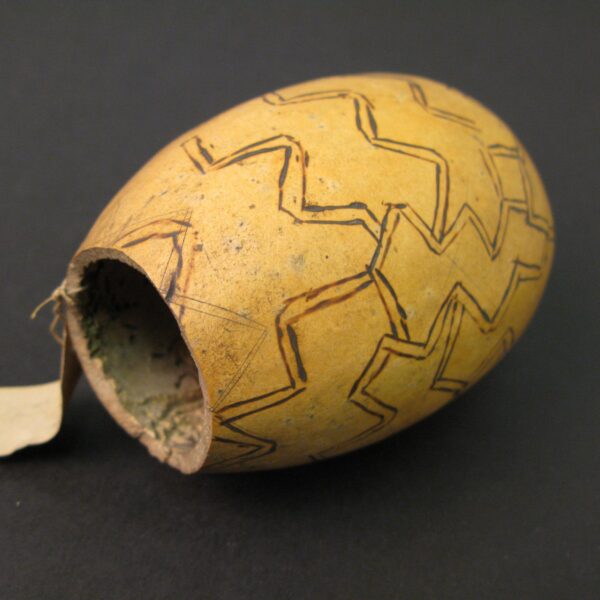 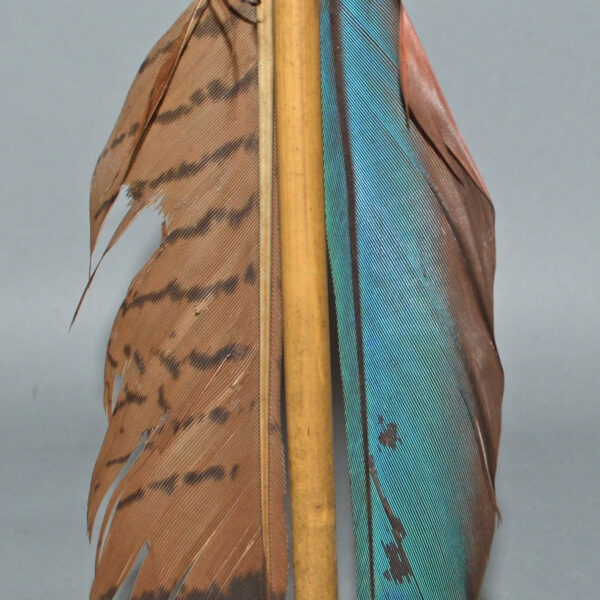 The Paraguayan War (1864-1870), however, which pitted Paraguay against the Triple Alliance of Argentina, Brazil and Uruguay, left the government in substantial national and international debt. As a result, Indigenous lands in the Chaco were appropriated and sold to Anglican interest groups, and missionary activity was leveraged to provide stability for the buyers of these lands, who sought to rent them out. 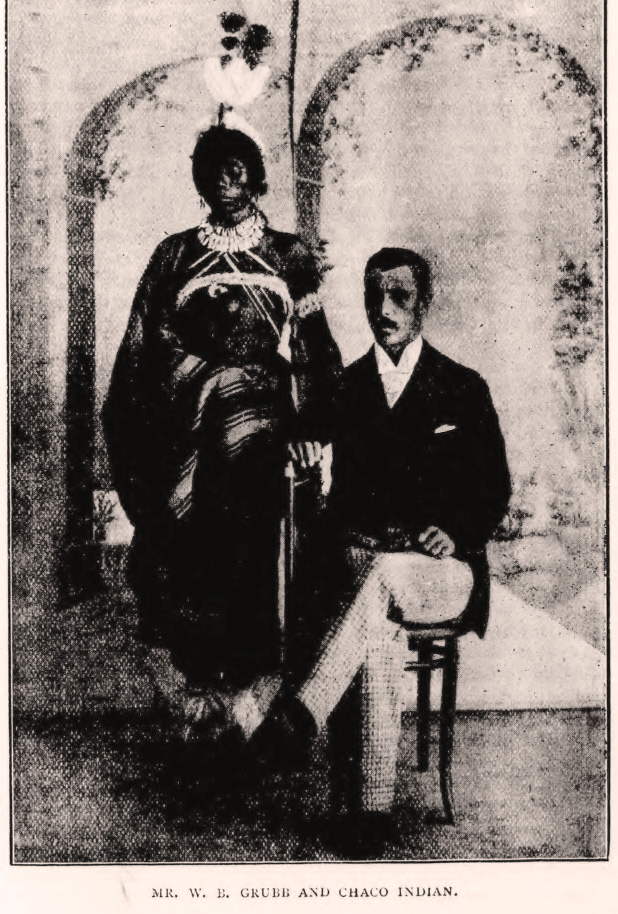 Barbrooke Grubb built various mission stations in the Chaco region, from the River Paraguay towards the contested border with Bolivia, and by 1910 had constructed various roads connecting Anglican missions. He was called the “Pacificator of the Indians” by the Paraguayan government.

His books demonstrate his perspectives on local Indigenous Peoples, which were informed by ideas of racial hierarchy:

“The Indian, for the next generation or so, must be content to earn his living by manual labour, but in order thoroughly to fit him for the task, and to develop his higher nature in the process, a certain amount of theoretical training is necessary. While we impress upon him that we regard him as a fellow man and brother, we at the same time leave him under no misapprehension as to his place in the world being a humble one until such a time as, in the course of evolution, he is qualified for a higher plane.” Wilfrid Barbrooke Grubb, An Unknown People in an Unknown Land. Ed. H. T. Morrey Jones. London: Seeley, Service & Co. Limited, Fourth Edition. Fourth Edition. 1925. pp. 293-294.

He viewed his “ethnographic” collecting, along with his efforts to learn local languages, as tools with which to better understand and so dismantle Indigenous religion.

The Paraguayan government sold more Indigenous land to the Mennonites in the 1920s, with the first of these Anabaptist pioneers arriving from Canada in 1927. The Central Chaco region now has one of the highest concentrations of ethnic Mennonites in Latin America. They have converted large tracts of the basin to arable land for dairy and meat farming through deforestation, a process that continues to have a severe impact on the Chaco’s biome and has arguably opened the way for other extractive industries in the region.

The Santo Domingo Centre of Excellence for Latin American Research is working with a range of researchers in areas of the Paraguayan Chaco that were settled by Mennonites and Anglicans. We hope to create links between the items collected by Barbrooke Grubb, which have not been displayed or researched since their arrival at the museum, and contemporary descendent Peoples.

The researchers in the project include Osvaldo Pitoë and Jorge Carema, founders of a collective of self-taught Indigenous Nivaclé and Guaraní illustrators, many of whom also carry out low-paid work in Mennonite hospitals and schools, and a printmaker, Miriam Rudolph, who was raised in the Mennonite community in the Paraguayan Chaco but who is now based in Winnipeg, Canada.

That said, the majority of the historical items kept at the Museum are from the Enhlet and Enxet Peoples, who are divided between Mennonite (former) and Anglican (latter) settlements. The research participants from the Enhlet community are Lanto’oy Unruh and Hannes Kalisch, who together have spent years sound-recording and photographically documenting oral narratives in Enhlet language by elders in the local community.

As a result of territorial, ideological and national incursions on the Enhlet, many cultural and religious practices have been interrupted. The Enhlet language, for example, while spoken at home between friends and family, underpins many of the culturally specific ways of understanding and inhabiting the Enhlet world. However, it is eschewed in formal education and invisibilised in national discourse. In this way, much of the linguistic diversity of the region is ignored so that a future endorsed by the dominant society, through media, education, and economy, is Spanish-speaking.

Mennonite fences prohibit traditional hunting, Enhlet elders see younger generations growing up with no knowledge of the bush and accepting the use of roads, the traditional acknowledgement of a shared dynamic between the spiritual and social is compromised, and local dances exist only through stories about the past. However, the stories told about ancestral practices and philosophies in Enhlet language, which are told in quiet, everyday, convivial spaces, create an imaginary that overcomes the erasure manifest in dominant social symbols. They can engender re-definitions of Enhlet beauty and sensibility, re-making the Enhlet world.

Lanto’oy’ Unruh’s photographs capture moments of informality and emotion. The force of his work lies in the tension between what he perceives to be lacking in the attitude of the Enhlet youth – whose use of digital technology, he asserts, has replaced a knowledge of the spiritual world and local environment – and the culturally continuous undiminished essence that lies at the core of being Enhlet. 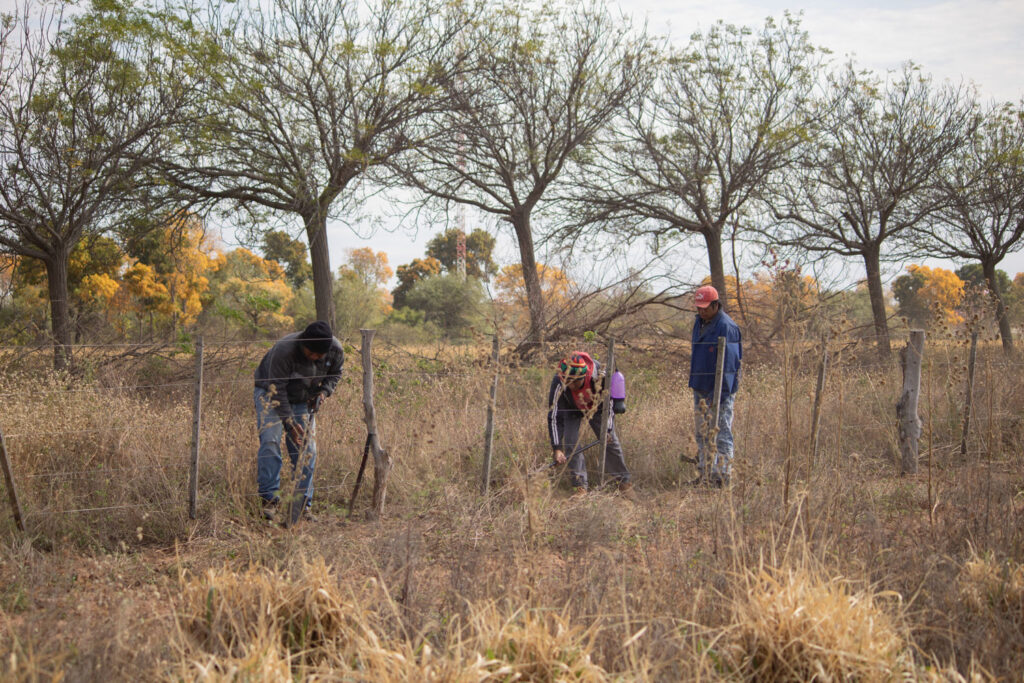 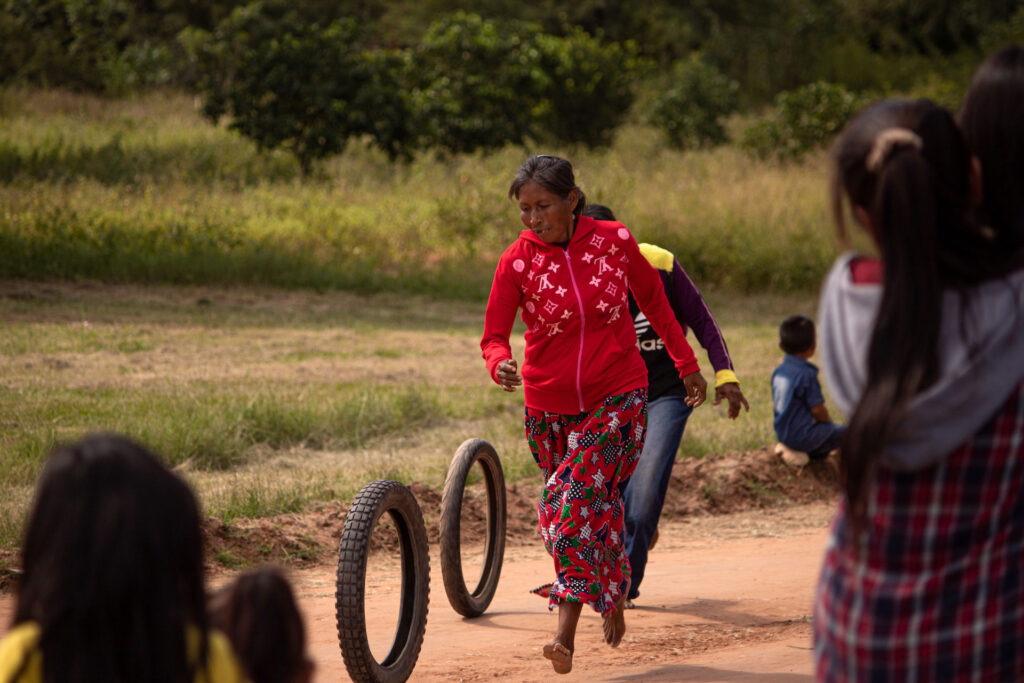 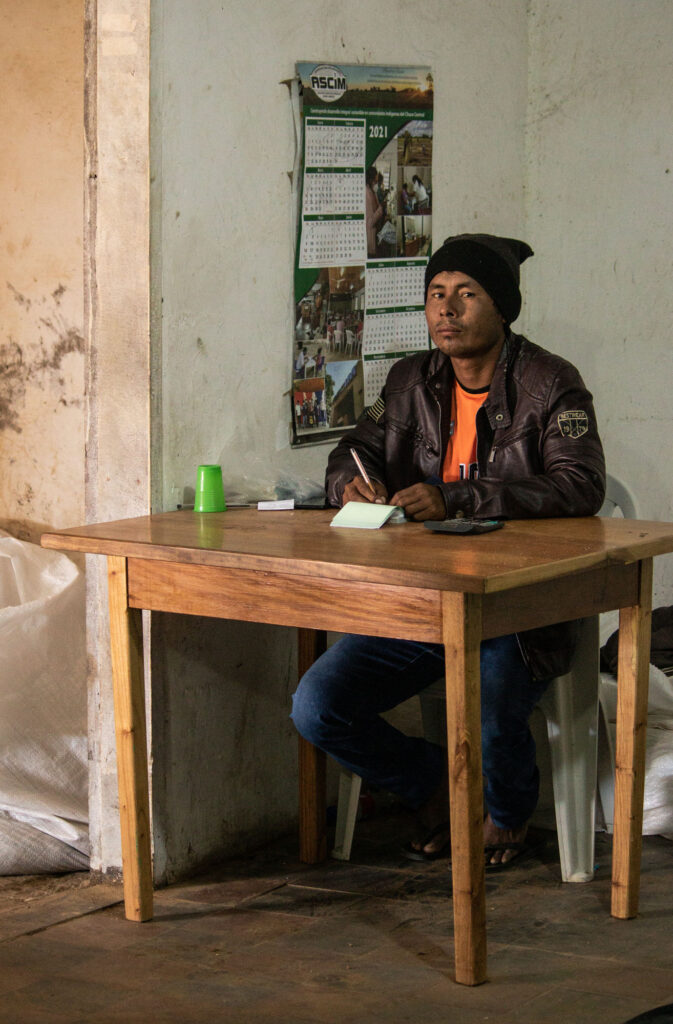 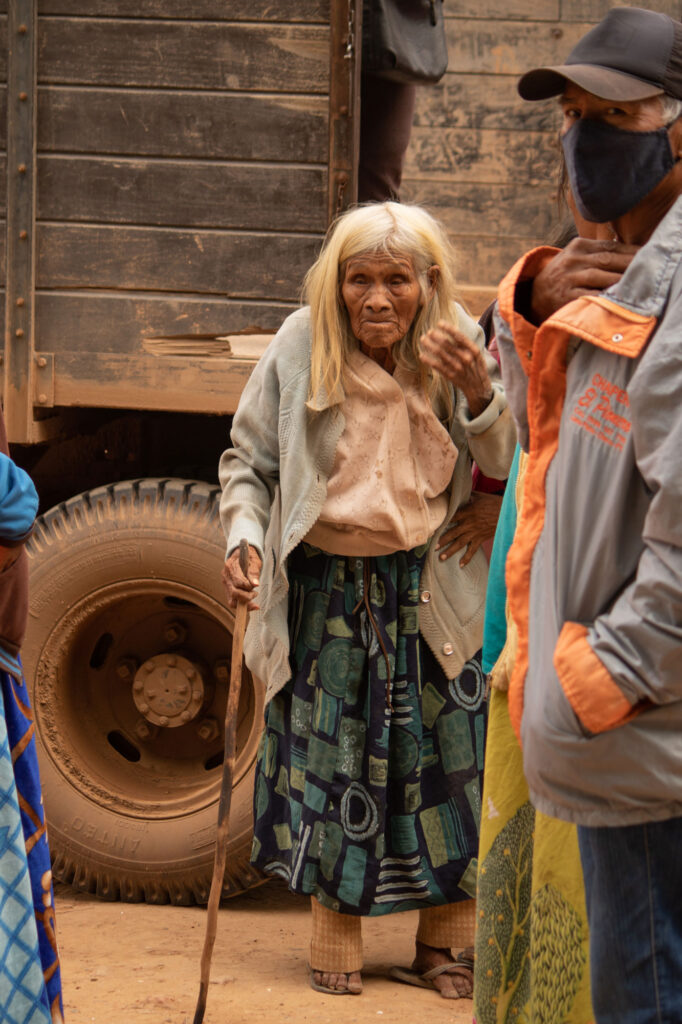 Museums have also been legitimised on the basis of the relation between the past and future. They have been endorsed, for example, because they conserve cultures in danger of extinction, because they help us to learn lessons from history, and because they educate, and so contribute to societal progress. However, if the present and future existence of Enhlet culture and language depends on local intimate spaces that nurture an intangible imaginary in defiance of dominant structures, the relevance of a collection project, if based on the traditional museum competences of materiality and intercultural dialogue, would be hard to define or defend.

The current project, therefore, begins by questioning the common proposition made by museums, that ancestral material – here museum objects – can best tell and embody the most important of cultural stories. Optimistically, it looks to understand whether these items from the past can be reintegrated into Enhlet intimate spaces, and so participate in Enhlet futures. 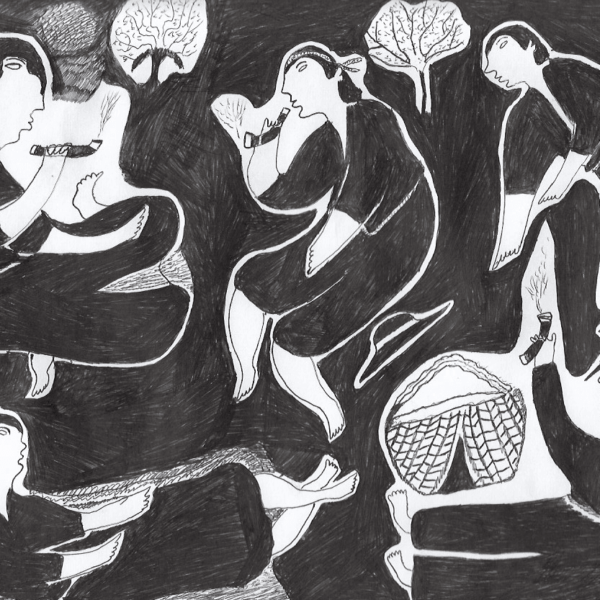 The Chaco: Transnational and local histories