The politics of visiting the British Museum: An emotional encounter with the land

Last month I travelled from Leiden to London to visit the British Museum (27-29.07.2022). There, I had an emotional encounter with the Tepetlaoztoc Codex (also known as Kingsborough Codex), a document which, in my opinion, we must study outside classic arguments. These arguments solely deal with the inhuman tribute depicted in its pages, censoring the violence and crimes committed against my ancestors, which continue to be felt through massive land dispossession in Mexico. Land commercialisation and abandonment on part of governments during the last three decades have resulted in the inability to make important decisions with regard to where to urbanise or not.

Tepetlaoztoc Codex and Rocío Vera-Flores ©Trustees of The British Museum

The Tepetlaoztoc Codex visually synthesises the traumatic transformation of the relationship with landscape caused by colonisation, as well as the ecocentric concept of the land as ‘mother land’ and living being (strongly defended by Indigenous peoples and allies around the world). Its first pages illustrate the face of the land and its naturalistic representation using the bodies and mouths of snakes. In contrast, the pages inside the codex document the dismemberment of the land as a material possession, understood by the Spanish colonizers as land and market. They also represents the ways that these colonisers violently subjugated the Indigenous population. 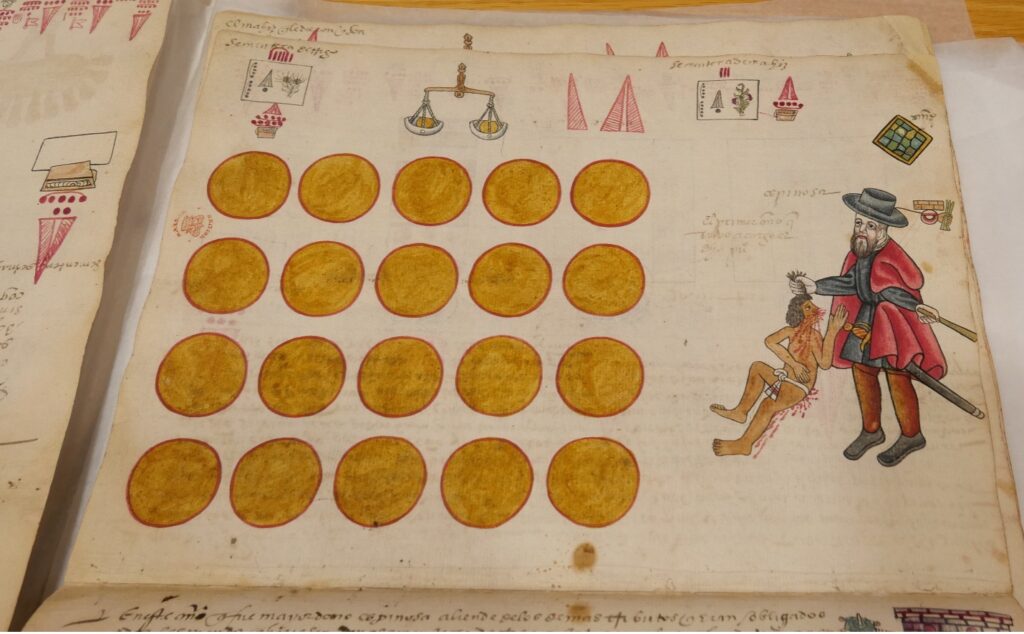 ©Trustees of The British Museum

It seems to me that unlike other conversations about repatriation that take place in the British Museum, in the case of Mexico, internal colonisation is still pending. For example, people frame cities as sacred temples and not as material evidence of colonial crimes. What is happening in Mexico: Are there no large groups of people demanding, outside of the case of auction houses, that our heritage is not sold, for example? I think that there is no single answer to this question, but it seems that all of the answers have to do with land and require us to excavate our own colonial mentality. This would be necessary for us to be recognised as guardians of our land.

Thanks to Laura Osorio, Magdalena Araus and Mercedes Martínez from the Santo Domingo Centre of Excellence for Latin American Research for the invitation, as well as James Dear from the Collections Care Department at the British Museum. 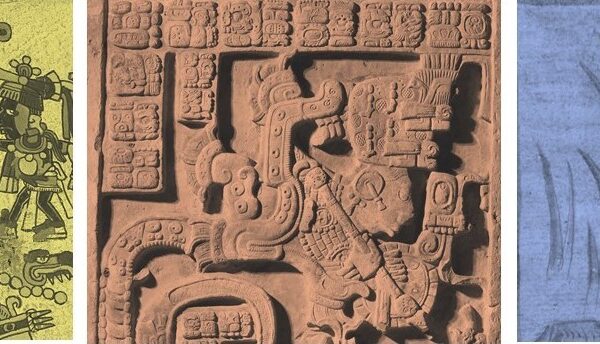 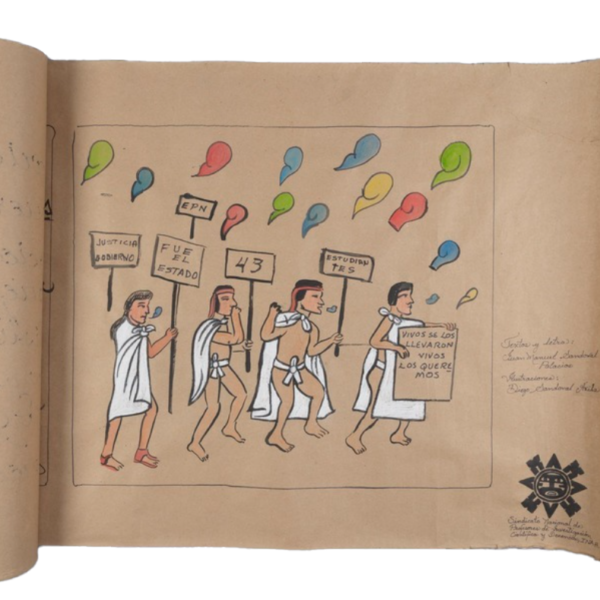 3 codices on contemporary indigenous issues that you should know 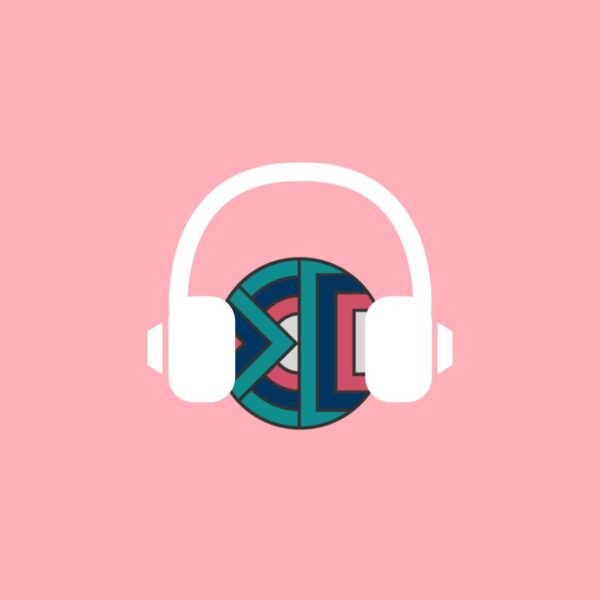 Listen to the new SDCELAR podcast: ‘Made in Latin America’